In 2018 SOFRC convened a group of partners collaboratively working on restoration projects over the past ten years, and together they formed the Rogue Forest Partners (RFP). Their first project was a proposal to the Oregon Watershed Enhancement Board for a Focused Investment Partnership called the Rogue Forest Restoration Initiative. This $6 million, the six-year project has leveraged over $10 million towards restoration activities in the past three years.

The Rogue Forest Partners is a 10-member organization specializing in implementing landscape restoration projects. It brings together well-known nonprofits such as Lomakatsi, Klamath Bird Observatory, and The Nature Conservancy with state agencies such as Oregon State University extension and the Oregon Department of Forestry. The partnership also includes federal agencies (BLM, USFS, US Fish & Wildlife Partners program, and NRCS), and together, we collaborate, plan and implement projects. While many of these organizations may sponsor an individual project, SOFRC coordinates and facilitates the RFP, and other partners, such as Lomakatsi, have fiduciary duties for RFP projects.

In 2019, SOFRC convened the Rogue Forest Partners to develop a Collaborative Forest Landscape Forest Restoration proposal (Rogue Basin CFLR), a $39 million, ten-year proposal with the Rogue River Siskiyou National Forest (RRRSNF). In 2022 the RRSNF learned they had been awarded $3 million for the first year of the Rogue Basin CFLR.

“I thought we were competing for project dollars, but I now see the benefit of collaborating and sharing expertise. There’s enough work to go around for everyone.”

And having these skills and expertise builds on success, bringing additional dollars from outside for restoration investment. Collaboration is not only about resolving issues and addressing concerns but also about developing over time a shared vision and language. 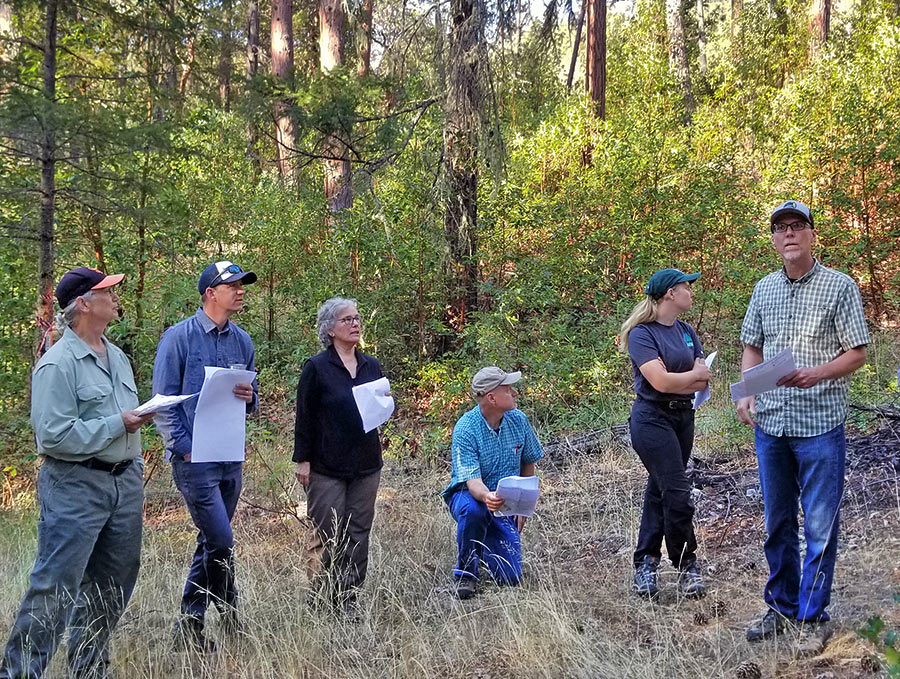 “The Rogue Basin communities, woodlands, and forests are at risk of uncharacteristic fire and no one organization can manage this risk. The Rogue Forest Partners share a common vision, seeking to restore forests and reduce risk by applying ecological restoration and bringing fire back as a tool.”

The Southern Oregon Forest Restoration Collaborative provides coordination support to the Rogue Forest Partners. We convene stakeholders, community members, and other interested parties and connect them to the resources to bring these projects to the community. We are able to provide solutions such as:

The Rogue Forest Partners have a high collaborative capacity and a history and skill set that makes it resilient. The ability to implement projects, uniquely provided with leadership from Lomakatsi, is one of the two pillars of our collaborative capacity, the other pillar being the Rogue Basin Strategy.

The Strategy creates a baseline of support for the Rogue Forest Partners. It is amazingly effective at helping to determine priorities, estimating costs, and maybe most importantly, recognizing that only a portion of the landscape needs to be restored and treated to maintain restoration and wildfire reduction benefits.

The Rogue Basin is an All-Lands landscape with private forests intermixed with BLM lands and Forest Service lands at the higher elevations. Due to this diverse landscape, we are developing geodatabases to track treatments, monitoring information and accomplishments, including leverage and investment.

Additional collaboration around the Rogue Basin CFLR will be another source of engagement in the planning, implementation, and monitoring on the Rogue River-Siskiyou National Forest.

We also recognize the need to increase capacity for managing projects, ensuring the engagement and collaboration desired for each project are inclusive and thorough.

SOFRC supports RFP’s work by creating the organizational partnerships and finding the funding. RFP conveys the “why, where and when” of restoration activity to the community to gain their understanding and support.

Working together, we can increase social license to advance the pace and scale of restoration across the Rogue Basin. 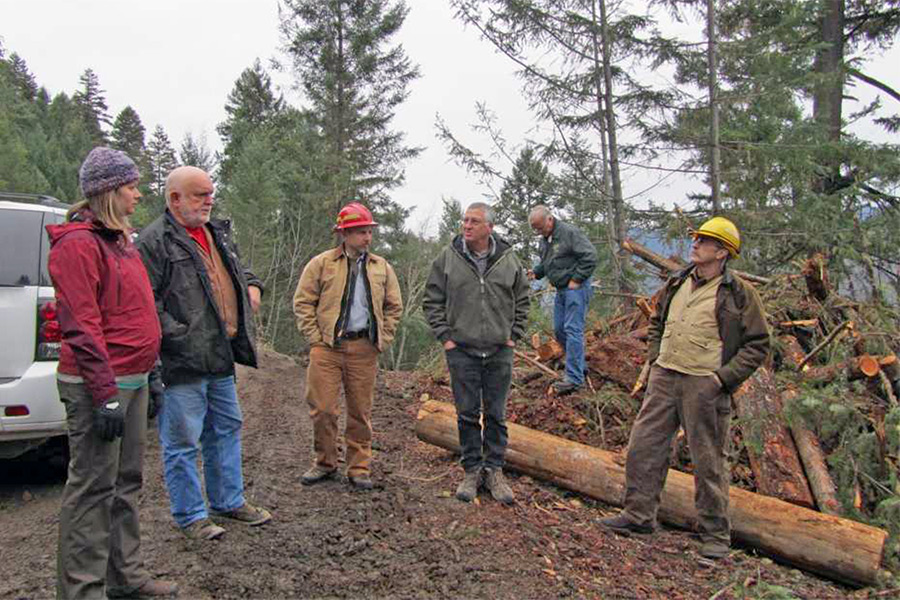 For more information on how you or your organization can get involved, please contact us or join our newsletter for project updates.